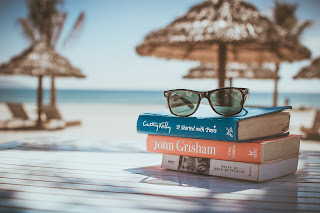 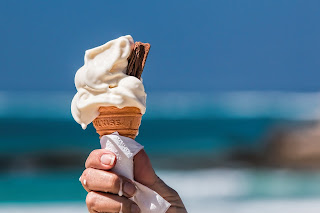 Free-use Image by Steve Buissinne on Pixabay
https://pixabay.com/photos/ice-cream-dessert-food-snack-1274894/
The Dee Carver Collection
Author: Dee Carver
Genre: Fantasy Romance
Fay's Wish
Buy Link: https://amzn.to/3k6nxyh
Shayla, Princess of the Fay, must begin the journey to discover her true power by leaving the island. If she's successful, she will become queen. Her plight won't be an easy one, for there are those who would use Shayla as a means to solidify their own position of power.
Kyle, Shayla's guide in the human world, is destined to bring hope to the Fay even though his own future seems bleak. With Kyle by her side, miracles can happen, offering the promise of the return of the magic.
Once that happens, nothing is impossible.
TEASER
As I entered the garden, the smell of succulent roses and jasmine infused me. I continued upon an emerald and ruby path, glinting like a wine-filled goblet. Gliding over pearls and bright quartz, I headed for the waterfalls, the soft lining of moss caressing my feet.
My heart faltered. He was human.
La Roe's Curse
Buy Link: https://amzn.to/3mlQI39
When Emerald La Roe ran away 300 years ago, she had not planned to return. However, after repeated dreams from Goddess Morrigan, Emerald finally realizes she has no choice. Emerald not only finds a magical sword waiting for her, but her dead husband also.
It seems Stefan O’ Duff wants’ reconciliation and help to cure the curse they share. Emerald would rather see him dead than be with him again, she has someone else to consider though. Her new love, Maxwell Howard a werewolf, who through sharing blood with Emerald, now faces the same fate as Emerald and Stefan. For the cure to work, Emerald has to put her hatred of Stefan aside and consent to share his bed again.
Can Emerald put 300 years of anger aside to save them or will she sacrifice all their futures and kill him as she swore to do?
First We Kill All the Lawyers
Author: Seelie Kay
Genre: Paranormal Romance
Buy Link: https://amzn.to/3klqxZu
Blurb
Donovan Trait is a marked man. He is flamboyant, stunningly handsome, and notoriously insatiable, but his attitude and style belie his skills in the courtroom. No one survives a cross-examination at Donovan’s hands. His knowledge of the law and trial practice has accumulated over the years… and years, of experience. More than three hundred years. You see, when Donovan isn’t seducing judges and juries, he’s a creature of the night. And now that someone has decided that it’s time to kill all lawyers, his lust for attention has set him in the murderer’s sights.
The problem is that vampires don’t die. Not easily, anyway. That’s good news for Donovan, not so much for his very human lady love, also a target of the serial killer. Will several unsuccessful attempts on his life expose Donovan’s true nature? Will the killer learn the secret that will guarantee a permanent death? Or will Donovan finally manage to put an end to the killer’s murderous spree and live happily ever after, with his lady love?
Coming Soon 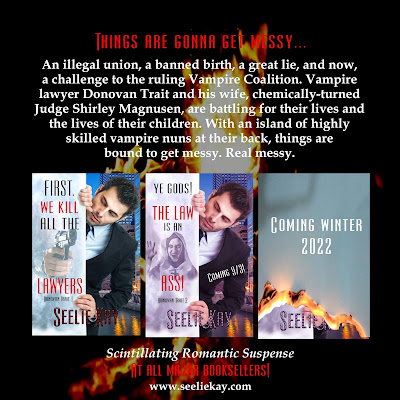