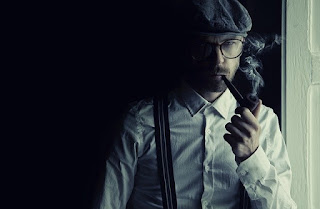 Image by Sammy-Sander from Pixabay 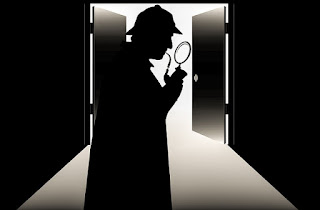 Image by mohamed Hassan from Pixabay

Led by Obsession
Author: Martha Wickham
Genre: Women's Crime, Detective
Post Link: https://ornerybookemporium.blogspot.com/2021/11/led-by-obsession-book-blitz.html
Buy Link: https://amzn.to/3CH09i2
Blurb
Deanna Jennings is planning a vacation and buys her travel tickets from a travel agent. When they don't arrive in her mail it becomes a struggle to get the tickets. The suspicious travel agent Greg, uses that as an excuse to have more time with her. Greg becomes involved in the death of Deanna's friend and Deanna must run from his obsession with her. She wants an end to it all, but first she and her sisters must catch him for their close friend. Together the sisters are unstoppable.
Polish Dragon P.I.
Author: Steve Zimcosky
Genre: Mystery, Detective
Post Link: https://ornerybookemporium.blogspot.com/2021/11/the-polish-dragon-book-blitz-and.html
Buy Link: https://amzn.to/3HMcXHI
Blurb
A bible mysteriously disappears from a Russian businessman’s home and it is said to have a secret hidden inside that would cause embarrassment to the Russian Orthodox Church. The Polish Dragon P. I. is called in, along with his new partner, to help find the bible. The problem is the bible is not supposed to exist and there is a secret organization, sworn to protect the church, also looking for the bible. They will stop at nothing to locate it and destroy it. 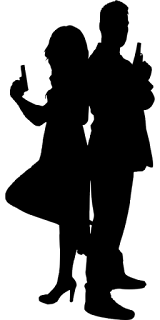 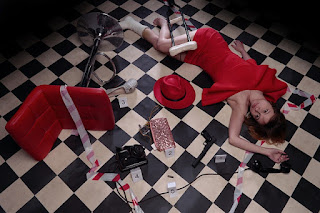 Image by Artist and zabiyaka from Pixabay 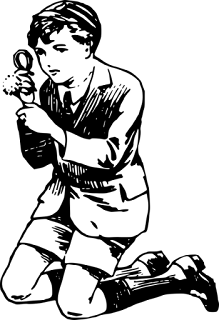 Image by Michael Hourigan from Pixabay
Junior Detective (Kids and Teens)
The Haunted Hanging Tree
Author: David and Michael Krumboltz
Genre: Middle Grade, Young Adult, Historical Fiction, Mystery
Post Link: https://ornerybookemporium.blogspot.com/2021/11/the-haunted-hanging-tree-book-blitz.html
Buy Link: https://amzn.to/30OLzIb
Blurb
The Haunted Hanging Tree is a story that suggests that maybe children are superior to adults in their ability to hear or see what adults cannot.
Scooter Kane, aged ten, a self-proclaimed detective; and his accomplice, twelve-year-old sister, Mary, accidently learn that William Kayne, their great-great-great-grandfather, was hanged in Dry Gulch, California, for murdering the local sheriff in 1873. Kayne swore he was innocent as he stood on the hanging platform in front of the locals and announced his soul would never leave the town until his name was cleared.
Scooter and Mary leave their Iowa home to visit Uncle Armando and Cousin Carlos in the historic gold-rush country of Northern California, determined to learn the truth about their long-dead relative. Carlos and his friend, 3J, lead Scooter and Mary on horseback to the ‘Hanging Tree’, which Scooter soon believes is haunted by William Kayne’s spirit. 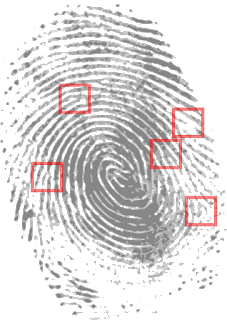 Image by OpenClipart-Vectors from Pixabay

I Am Not For Sale 🔥🔥🔥🔥
Author: Adriana Kraft
Genre: Contemporary Romance, Erotic Romance, Romantic Suspense, Mystery
Post Links:
https://adrianakraft.com/excerpts/you-may-watch-but-dont-touch-mfrwsteam-newrelease-romanticsuspense-extasybooks/
https://ornerybookemporium.blogspot.com/2021/11/i-am-not-for-sale.html
Buy Link: https://amzn.to/3CaW71r
Blurb
It’s nothing personal...
It all seems simple enough—Ukrainian immigrant Nadja Petrov is determined to hold on to her thriving new coffee shop, Nadja’s Literary Cappuccino, and Java Beans District Rep Kevin Langley is equally determined to move into her North Iowa town with a franchise and run her out of business.
He scopes her out, she keeps a watchful eye on him, and the sparring begins. But there are other players involved, and the web of intrigue soon threatens Nadja, her shop, and her aunt as well as Kevin, his potential franchise, and his son. Within this cauldron simmers a sexual attraction between Nadja and Kevin that catapults them to overcome their fears of intimacy and commitment. Their lovemaking is tender and raw. Their love is nearly lost in tragedy—can it survive doubts, fire, and even a death? 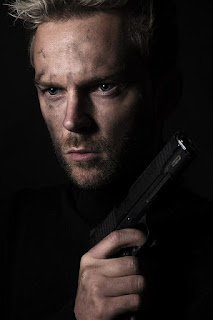 Image by Sammy-Sander from Pixabay
Thriller
The Freedom Building
Author: Martin Kendall
Genre: Psychological Thriller
Buy Link: https://amzn.to/3qD0K1T
Read my exclusive review of this book for Online Book Club.
https://forums.onlinebookclub.org/viewtopic.php?f=22&t=209030
Blurb
When small-time architect John Gowan awakes in hospital with amnesia, he learns he is the designer of a world-famous building, replacing one destroyed by terrorists. But his world becomes a nightmare when a spiralling darkness stops him from seeing or remembering anything about the building, threatening his very existence if his secrets are exposed. Expected to fulfill his responsibilities with the media, his client, his own company and personal relationships, he desperately seeks the truth before it’s too late.
Ornery Owl's Mini Review
(The following is a duplicate of my review on Amazon for this book.)
This fascinating psychological thriller kept me guessing all the way through. I liked the thoughtful, measured pace that allowed me to get into the protagonist's mind and feel his emotions rather than being distracted by car chases, fight scenes, and such. If you enjoy a thought-provoking story with an unreliable narrator, this book is a good choice.
Ninety-Five
Author: Lisa Towles
Genre: Crime Thriller
Post Link: https://ornerybookemporium.blogspot.com/2021/11/ninety-five-release-blitz.html
Buy Link: https://amzn.to/3cRXRlH
Blurb
Troubled University of Chicago student, Zak Skinner, accidentally uncovers evidence of an on-campus, organized crime scam involving drugging students, getting them to commit crimes on camera, and blackmailing them to continue under the threat of expulsion. Digging deeper, Zak discovers that the university scam is just the tip of the iceberg, as it’s connected to a broader ring of crimes linked to a darkweb underworld. Following clues, Zak is led to a compound within Chicago’s abandoned Steelworker Park, only to discover that he’s being hunted. While trying to find his way out alive, Zak discovers there’s something much more personal he’s been running from – his past. And now there’s nowhere to hide.
Terror on Sunshine Boulevard
Author: J.Q. Rose
Genre: Mystery, Thriller
Post Link: https://www.jqrose.com/2021/11/george-mcdonnell-is-dead-by-j-q-rose.html
Buy Link: https://www.smashwords.com/books/view/763327
Blurb
Rescuing a naked woman lying in a geranium bed? Investigating mysterious murders Not the usual calls for first responder Jim Hart. He expects slip and fall accidents or low blood pressure emergencies in his retirement community of Citrus Ridge Senior Community and Golf Resort. The ghastly crime scenes turn the wintertime fun into a terrifying season of death and mystery when the authorities cannot track down the predator responsible.
Jim and his wife Gloria could escape the horror and grief by returning to their northern home, but concern for their friends and residents keep them in Florida. With the entire community in a dither over the deaths, the Harts participate in the normal winter activities of golfing, dancing, and pool parties with their friends to distract them from the sadness and loss.
Can Jim and Gloria work with the authorities to discover who or what is killing the seniors on Sunshine Boulevard and stop the increasing body count?