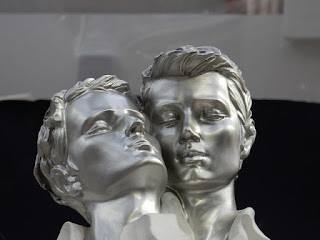 Image by jhenning_beauty_of_nature from Pixabay

Corentin is a scholar with a secret—his magical Talent allows him to turn into a dragon, and he isn’t alone in that ability. Long ago, dragons were hunted fiercely, until they went into hiding, becoming things of legend. Corentin has traveled the world with one aim—to protect his people and keep their secret safe. Drawn to the principality of Tournai by news of someone close to discovering that secret, he hopes to avert suspicion. His attraction to the too-serious Bastien isn’t convenient for his purpose, but it isn’t something he can ignore either.

Lord Bastien, Earl of Ardesia, inherited his title unexpectedly when his parents were killed in a sailing accident along with the parents of his cousin, Prince Philip. Since then, Bastien has devoted his life to the obligations of his family and estate—so much so, that it has caused tension between him and his siblings. His world is further shaken when he receives an anonymous letter informing him that the tragic boating accident may, in fact, have been murder. Bastien throws himself into investigating whether the allegations are true and finding out who killed his parents.

As Corentin and Bastien become closer, the mystery of Bastien’s parents’ death draws him further into danger. Corentin feels compelled to protect Bastien, but the threat is closer than they know. Now, Corentin must decide whether preserving his secret—and potentially his people’s safety—is more important than saving the man he loves.

While this book is the fifth in a series, it can be read as a standalone.

Faelen, cousin to the prince and son of a diplomat, has finally come home to Tournai after years away. The pull to return was almost tangible, and the sense of rightness at being back is absolute. He wants nothing more than to put down roots and build a life among family while pursuing his linguistic studies. Becoming involved in magic meant to protect Tournai isn’t part of his plans…but falling in love is even more unexpected and unfamiliar, but he finds himself doing just that as his friendship with Maxen deepens into something more.

Maxen, second son of a wealthy merchant family, longs to leave Tournai and see everywhere he can. All his life, he’s found places on maps and dreamed, planning out routes to get to them. For now, he’s tied to Tournai’s capital city by family obligations and his position in their shipping business. Someday, though, he’ll be able to travel. His sudden attraction to Faelen shocks him, but their friendship soon becomes a necessary part of his life. Love, however, has no place in his plans, especially not love for a royal cousin with secrets who wants nothing more than to stay in one place.

For Faelen and Maxen to build something real between them, they must resolve their differences, but when magic goes awry and all Faelen’s secrets are revealed, will Maxen remain at his side?

Alexander is doing his best to settle into life in Tournai’s royal palace after years living outside the country due to his father’s diplomatic work. The sense of belonging and home he feels is overwhelming, but none of his plans are going as he imagined. Many see him as only a lovely, charming adornment of the royal court and underestimate both his intelligence and abilities. His attraction to Marcus, a mysterious older man who does work for the prince, Alexander’s cousin, is unexpected but not unwelcome…if Marcus could possibly see who Alexander really is.

Lord Marcus is the second son of a minor noble family, a widower raising two children…and the prince’s spymaster. He knows his work is necessary for the security of the kingdom and its royal family, but he also knows it can be distasteful and dangerous to him and those around him. Marcus has vowed never to fall in love again, never to put anyone else at risk—a promise threatened for the first time by the vibrant, flirtatious Alexander. The attraction is unwelcome and entirely undeniable. He can’t believe someone like Alexander would want someone like him, but he also can’t stay away.

As they become ever more entangled, Marcus is investigating rumors of spies at work in Tournai’s university. As he gets closer to uncovering their plot, Alexander is drawn deeper into danger. Can their love survive when Alexander is put in peril by the very spies Marcus is hunting for?

Second son of an earl and cousin to the Crown Prince, Griffen has worked hard to forge a career in diplomacy for the principality of Tournai, but he never expected his diplomatic skills to be necessary to a problem so personal to him and his family. A delegation from the mysterious kingdom of Ivria has come to Tournai to make sure the secret of their people—the magical Talent allowing them to change into dragons—and therefore their kingdom itself remain safe. The delegation is concerned with Corentin, an Ivrian with the ability to change into a dragon—and the man Griffen’s older brother is soon to marry.

The Ivrians seem to want to drag Corentin back to Ivria for the offense of revealing their secret, but Griffen refuses to let it happen. His determination puts him into contact—and conflict—with Kirill, a negotiator for the king of Ivria who possesses the dragon Talent himself. The two clash and connect, getting closer and pulling away as they try to negotiate the needs of their people and an unwanted attraction between themselves. However, just as trust might be growing between them, a plot is uncovered and a member of the Ivrian delegation murdered. Griffen and Kirill must discover who is behind both for the safety of their countries and the people they love...and for a chance to be together.

Seven Tricks
Author: K.S. Trenten
Genre: Fantasy Romance, Holiday Romance, LGBT Romance
Post Link: https://inspirationcauldron.wordpress.com/2021/12/13/conversations-with-christopher-mousetrick/
Buy Link: https://amzn.to/3EUQvKU
Blurb
Some say a mouse king has seven heads. Hah, trust a human to get our legends wrong.
A mouse prince must perform seven tricks before the twelve days of Christmas are up. It’s how he wins his crown, but the prince has whiskers set on something else. A stiff beauty with a magnificent jaw, waiting for him under the holiday shrub. He caught his scent in a dream, which he's been sniffing after ever since.
Scamper with him through his adventures and misadventures, dodging traps, cats, and giants, while he wins a steadfast nutcracker’s heart.
Vawn
Author: Jessica Subject
Genre: M/M Romance, Sci-Fi
Post Links:
https://jessicaesubject.blogspot.com/2021/05/wewriwa-vawn-9.html
https://jessicaesubject.blogspot.com/2021/05/wewriwa-vawn-10.html
https://jessicaesubject.blogspot.com/2021/06/wewriwa-vawn-11.html
https://jessicaesubject.blogspot.com/2021/09/wewriwa-vawn-20.html
Buy Link: https://amzn.to/2XZBOFR
Blurb
VAWN
Kaddim Brothers book one
Vawn doesn’t need a mate. He’s already established himself universe-wide as a hot name in fashion, while raising his daughter. But he won’t say no to a fling with a hot space racer when he travels to Eurebly to visit his brothers. One night. That’s all he can give. Because his heart shattered when he lost his previous alpha, and he hasn’t been able to repair it completely. He refuses to love someone like that ever again.
Ojokun survived on Jenegath in order to leave the planet and become the best space racer in the universe. Though he flies with a team, he’s never depended on anyone outside of his jet. He keeps to himself. Has one-night stands, just like every other space racer. But, after a mind-blowing night with the brother of two of his teammates, he can’t stop thinking about the gorgeous omega, or the foreign longing that scares him more than his overly-protective teammates.
Can Ojokun convince Vawn that he wants more than one night? Or is that all they were ever meant to be? 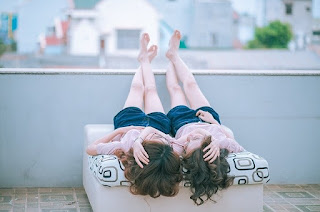 Image by Jess Foami from Pixabay