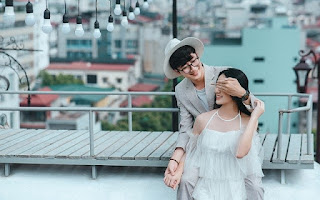 Image by N-Y-C from Pixabay

A Cruise to Remember

An amnesia victim found by the side of the road is befriended by Lillian, an older woman with early Alzheimer's. Lillian takes the victim, who they call Hallie, with her as a companion on a Caribbean cruise. Eric is an Interpol agent working on catching an international jewelry theft ring. He's undercover as the ship's doctor on the Caribbean cruise ship. Sparks fly when Hallie and Eric meet, but as the cruise progresses Eric’s thinking Hallie might be the thief stealing from the passengers. His reasoning is Hallie’s amnesia and Lillian’s Alzheimer's make a good cover. What’s the chance of two people traveling together having amnesia and Alzheimer’s? And then Lillian keeps coming up with pieces of jewelry passengers have dropped or lost.

To complicate everything someone is trying to kill Hallie and she has no idea why. Lillian finds an older cowboy who she's interested in and then there's the sleazy man who keeps hitting on Hallie. As the cruise progresses Hallie gradually starts to regain her memory. Eric decides she's not a thief, but has to find the real one and keep Hallie safe while their romance heats up.