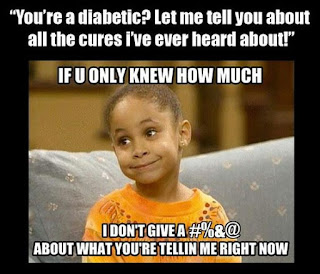 Due to recent changes in my health, including my cognition, I have opted to suspend my literary services except for those I do for Online Book Club. I make a small amount of money working with them. It was a grand total of about $5000 last year, but it's better than nothing.

Diabetes is a garbage disease. Just when you think it's done fucking you up, it will fuck you up some more.

My guess would be that my time on this scuzzy ball of dirt will be terminated by something relating to diabetes unless I decide it isn't worth it to keep fighting the tide and decide to punch my own ticket.

That being said, I want to spend the remaining time I may have to work on my own writing and helping my son prepare for the time when I won't be around to assist him anymore, which may be sooner than I have anticipated. I worry about this because although there are some things he does very well, he will not do well being completely on his own.

If I still believed in God, I would bargain with the fucker. But from what I have seen, if he exists, he enjoys being a dick. So I'm not even going to include him in the loop.

I am not in a great place psychologically and haven't been for a while.

No unsolicited advice, please. Like the kid in the picture above says, I really don't believe that chewing seaweed covered in whale urine while standing on my head and reciting ancient mantras backward is going to lead to my diabetes going into remission, my thyroid healing itself, my hair reversing its grayness, and me suddenly being converted from a hideous old fat hag with a face that could destroy worlds to a Conventionally Attractive Hot Supermodel of a Socially Acceptable Size as drooling dudebros literally beat down my door to get a piece of this. I fucking wouldn't want that shit even if I could have it for the asking.

Okay, I would take the diabetes reversal and the thyroid healing. As for the appearance stuff, fuck you if you really think I'm less worthy of being treated with common courtesy because I'm not young, thin, and pretty, and the dudebros banging on my door sounds like something out of one of my nightmares.

I'm kind of thinking it would be better if I put the kibosh on comments for this post because I really don't have it in me to deal with that shit. If I want to interact with you regarding these thoughts, you already have my email address.

So...yeah. Now you know what's going on with me, for what it's worth.
Posted by Ornery Owl of Naughty Netherworld Press and Readers Roost (Not Charlotte) at 2:28 PM