Billie thinks stopping her fellow students from committing murder and almost getting kicked out of the Realm is as bad as it gets, but she should know better.  Not only are seven of the most powerful students out for her blood, but Sedna —her former enemy turned ally— turns her enemy again when Billie refuses a part in her revenge scheme.  What’s more, Alpha Administration’s refusal to address the injustice in their school is sparking a full-on rebellion, and a lot of innocents are going to be caught in the crosshairs. It isn’t just the school either, the Realm itself is overrun with violence and hatred, which will have deadly consequences. Lucian, her self-imposed magical guru, insists Billie’s extraordinary magic is the key to stopping the flood of violence coming their way.  Billie knows her magic is extraordinary, but she also knows its destructive power. It might do more harm than good. 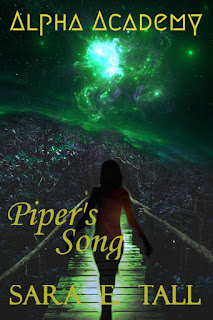 “Leave her alone.” The words were out of my mouth before I could stop them. It took about a half a second for everyone’s eyes to swivel towards me, Sedna’s included. She looked like she wanted to tear my limbs off, one by one. I gulped.

And then she chuckled. “Billie, the hero, is here to save the day.”

I ignored the flush in my cheeks as I said coolly, “We both know she’s not the one you are mad at.”

And just like that, the smirk slipped off her face as her glower returned, like my candor had reminded her how much she hated me.

“It’s really cute how protective you are of your roommates,” she said coolly. “There’s one you might want to be a little more concerned about. She’s in the hospital. Her name is Artemis.”

I could swear my temperature dropped at the icy way she said Artemis’ name. I also couldn’t stop myself from looking down. My voice was small as I said, “I’m sorry for what—”

“Don’t,”  her voice sliced through mine like a knife, “you dare apologize to me.”

For a moment, I really thought she was going to tear my limbs off, but she seemed too angry to move. No one else dared move either, even her friends. They just stared between the two of us, waiting to see who would break first.

It was me. “You want to pick a fight with me, fine.” I lifted my chin, trying to look more confident about that statement than I felt. “But leave her out of it.”

Sara: Hey everyone! Today I’m going to be interviewing Billie Runningdeer, the protagonist of Piper’s Song. For this interview we’re just going to destroy the fourth wall and let Billie know she’s a fictional character being interviewed by her creator.

S: So, Billie, why don’t you tell us a little about your name?

B: My father’s name was William, so my mother decided to name me Billie after him. That’s about all I know about him though. As for my last name, Fae are kind of pretentious so they always pick these ridiculously cheesy nature names. If I’m allowed to break the fourth wall then I’ll you Sara picked Runningdeer because of a dumb joke she heard as a kid about a kid who asks his father how he chose the names for his children . . .

S: Moving on. How would you describe your childhood?

B: I used to think my childhood was pretty crappy, but looking back on it… I took everything for granted.

B: My friend’s mostly. I never appreciated what it was like to have people you didn’t have to hide anything from. People who could make you laugh or smile no matter how terrible everything was. People who had your back no matter what.

S: You don’t have anyone like that at Alpha Academy?

B: I have Lucian, but that’s… complicated. But no one else. It’s hard to make friends when everyone’s terrified of you.

S: What have you enjoyed most about your life in the Realm? And at the Academy?

B: The Realm? Definitely the festivals. Magi know how to celebrate. And at the Academy? I guess… getting to eat Sushi every day is pretty great.

S: What have you found the most challenging?

B: Telling you what hasn’t been challenging would be a much shorter list. It’s like, culture shock on steroids. Everything they do, everything they think, everything they believe, the way they treat each other . . . I don’t understand any of it. And they’re not forgiving of the mistakes I make. That’s for sure.

B: I was at my friend’s house in the human world, and their little brother broke his favorite monster truck. He was devastated, so I used magic to fix it. I didn’t even think about it. I just did it. And then I freaked out. My mom never let me perform magic, especially around other people. But my friend’s brother thought it was the coolest thing and he gave me a huge hug. Then his mother gave me a hug too and thanked me for helping him. It was the first time I hadn’t been yelled at for using magic.

B: The last time I saw my mother…. I just, I wish I had listened to whatever it was she was trying to tell me, but now I may never get the chance.

S: If you could see your mother right now, what would you say to her?

B: I’d tell her… I’d tell her I’m sorry. That I don’t blame her for leaving the Realm when I was born. I just wish… that she’d been honest with me about why she left the Realm.

B: You’re just laying on those heavy questions aren’t you? My biggest fear is that . . . one day I might lose control and kill someone. There’s no coming back from that.

S: What do you hope the rest of the series holds for you?

B: I hope everyone decides the rivalries are a thing of the past and the entire school erupts into a rousing chorus of Under Pressure. And then Lucian and I find a way to give all the Misfits their magic back and they all return to the Realm and all the Misfit orphans get reunited with their families and I get to live in the Realm with my mother and my best friends and we get eat as much raw seafood as we want and play card games until our hands fall off. But knowing you, my future will be nothing like that.

S: And that concludes our interview. Thank you Billie for joining us and thank you all for reading! If you want to see more of Billie be sure to check out her starring role in Piper’s Song! 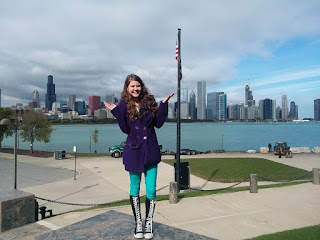 Sara’s enjoyed creating fantastic stories since she was old enough to hold a play sword, around the time she learned how to walk. Gradually she learned to direct her creative energy into writing, and it’s been a downward spiral ever since then. When she’s not writing she’s probably either dancing or reading Batman comics. She also loves running away to the mountains of Utah and Montana. Nothing gets more fantastic than those views.

Sara E. Tall will be awarding a $15 Amazon or Barnes and Noble GC to a randomly drawn winner via rafflecopter during the tour.