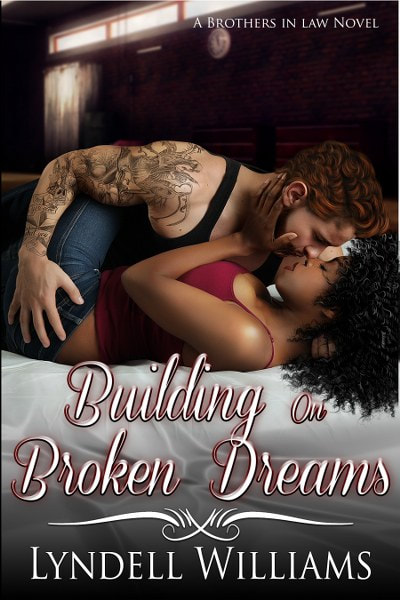 From award-winning writer and bestselling author Lyndell Williams, a steamy romance that tests the boundaries of faith and yearning.
If Maryam Avery stays in New York for one more day, she will die.
Trapped in an abusive relationship with the manipulative and cruel Raad, she can feel her life closing in around her. After he chases her from her home and family, Maryam flees to Philadelphia, searching desperately for a new beginning, something to help rebuild her spiritually and physically.
When she meets the mysterious Adam, things are thrown off-kilter. A successful businessperson with his own past that he is fleeing from, he is everything that Maryam wants. But can she trust another man?
Doubt gives way to desire. They find themselves in a whirlwind romance, and for once, it seems like everything will work out.
Until Raad turns up.
"Lyndell William’s romances open readers to diverse cultures, passion and deep emotions, making them root for love to prevail." Katara Johnson, Katara’s Cafe
Warning: This book contains strong language, sex scenes and elements of violence, racism, and sexual abuse.
Goodreads * Amazon
Excerpt

“I understand.” He ate chocolate ice cream from the spoon and stuck it in the emptying pint. “I just think it must have been torture for Kevin to see his wife go through everything and not do much to stop it. He could’ve done more.” He passed the container across the table.

“What could he do?” She scraped at the sides.

“Try harder to keep her from going back.”

She laughed and put a mound in her mouth. “Stop time from sucking her away? Sometimes, you can’t keep the people you love from hurting. You just have to be there for them.” She licked the front and back of the spoon and put it in the tub. “What would you do?” She noticed him staring. “Adam?”

“Yeah?” His gaze met hers. He shifted in his seat and grabbed the ice cream, stabbing the spoon into its contents. “I’m not sure, but I would have to do something.”

“I would have to. If I love a woman, I’m doing everything in my power to keep her safe. That’s my job.”

She rested a cheek in her palm. “You can’t slay all the dragons, Adam.”

She curled her lips into a lazy smile and stared into his hazel eyes, hooded by thick brows. “I bet you would.”

He shifted his gaze down and slapped his lap. “I need to go. I can’t have you looking at me like that, or I’ll end up kissing you.”

She straightened and stared at the table between them. “I’m sorry.”

He tapped the wood. “Hey.” A warm expression covered his face. “You’re fine. Keep smiling. It makes my day.” He stood over her. “Can I take you somewhere tomorrow, with a couple of friends?”

“I’d like that. Where?” She followed him into the living room.

He shrugged on his jacket. “That’s a surprise. Do you trust me?”

She gripped his helmet between her hands. He’s not Raad. Angela’s words echoed in her mind. Everything he’d done to this point showed that she could let her guard down at least a little. As long as he keeps behaving like he has some sense, I will give him a chance. “Yes, within reason.”

He puffed his chest and tucked his helmet under his arm. “I’ll take it, for now. As-salam alaykum, Shaykh.” Uncle Inshirah and Aunt Kamila joined them.

“Wa alaykum salam.” Inshirah grasped Adam’s forearm and hugged him. “So, what’s the next step?”

“Mary agreed to go out with me and some friends tomorrow. I’ll pick her up with them. I would like to text her.”

Aunt and uncle glanced at each other. “Kamilah and I trust you to behave appropriately, brother. Texting is fine.”

“Thank you. As-salam alaykum.” Everyone followed Adam to the porch. Kamilah and Inshirah stayed at the top of the stairs while she trailed him to his bike.

“I can’t believe you ride this monster.” She stared at the two-wheeled black behemoth with glints of chrome sparkling in the streetlight.

“Not yet.” The moon rays bounced off his fair skin, highlighting his Grecian nose and cheeks above his long-stubble beard. “Give me a chance to convince you.”

She folded her arms. “And if I still say no?”

“Then, it’s no.” He straddled the bike and started the engine. “I’ll text you later?”

“Yes.” She took another step back to resist the overwhelming urge to kiss his full peach lips. “Wait. where are you taking me?”

“Salams.” His gorgeous, smiling face disappeared behind the black helmet visor, and he roared into the night. 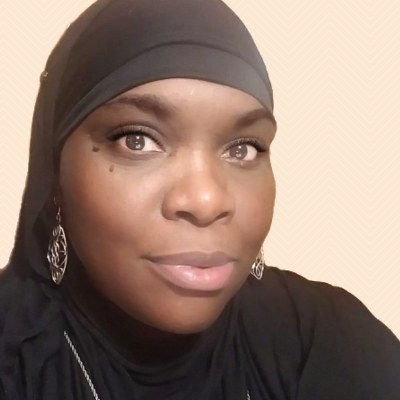 Lyndell Williams is an award-winning writer and bestselling author. She is a cultural critic with a background in literary criticism specializing in romance. She is an editor, writing coach, cultural contributor for Bridging the Gap. She has been published in peer-reviewed journals and writes for multiple online publications.
Website * Facebook * Twitter * Instagram * Bookbub * Amazon * Goodreads

Sides of a Sick Love Triangle

Love Triangle tropes dominate romance plots. For many readers, there is nothing more special than two characters battling to get theirs. The best stories include rivals with depth, encouraging readers to do some serious assessment as to whom best deserves the object of their mutual affections.

In my suspenseful romance, Building on Broken Dreams, Raad Khouri is determined to get his ex Maryam back into his life and bed. Sure, he screwed her over, but that should not be a problem. All he would need to do is lay it on thick and she’ll be back in his arms. After all, he has gotten her to forgive him before.

Unfortunately for Raad, Adam has already spotted Maryam and hits the ground running to getting her snuggled up next to him. Smart and sexy, he is confident that he can convince his teacher’s beautiful niece to forget her past and start a future with him. Nobody will be getting in his way.

Raad is not scared, though. He and Maryam shared a deep love that reached down into both of their souls. Surely, affection like that doesn’t just die, right? Raad embarks on a journey to find Maryam and revive the immortal love that exists only in his sociopathic imagination, maybe.

After all, Maryam made a lot of bad decisions to be with Raad. He was her first love, and it can be hard to shake those feelings. Has she grown enough to purge her desires and start a functional relationship with Adam?

Yeah, Raad is one side of a sick love triangle I wrote to highlight how past relationships not only shape us but can be tenacious when it comes to staying in the present. No matter how hard he tries, Raad can’t let go of what he shared with Maryam. He holds onto the hope that they can be together again.

For Maryam, the past and thoughts of Raad haunt her, refusing to die. So much of what she experienced with him remains tied to her, despite her efforts to start a new life with Adam.

Adam refuses to let his or Maryam’s past to influence the future they are building. But Raad turns up, threatening to end their bond so he can have the woman Adam loves.

In Building on Broken Dreams, a trilateral drama by a trio of characters traversing dysfunction and desire unfolds that taps phantoms of lost love and the fear of losing people who capture our hearts.

$20 Amazon gift card,
ebook set of the first two books in the series – My Way To You and Bitter Fruit
– 1 winner each