The Corpse Who Knew Too Much: Promo and Guest Post 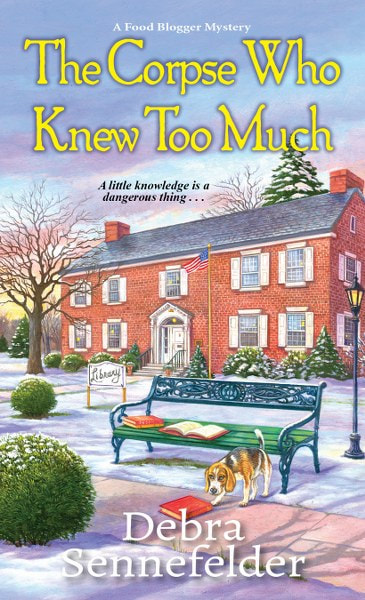 The Corpse Who Knew Too Much
A Food Blogger Mystery Book 4
by Debra Sennefelder
Genre: Cozy Mystery

Food blogger Hope Early takes on a cold case that's heating up fast . . .
Building on her recipe for success with her food blog, Hope at Home, Hope is teaching her first blogging class at the local library in Jefferson, Connecticut. She’s also learning about podcasts, including a true-crime one called Search for the Missing, hosted by Hope's childhood friend, Devon Markham. Twenty years ago on Valentine's Day, right here in Jefferson, Devon's mom disappeared and was never found. Finally Devon has returned to solve the mystery of what happened to her mother—and she asks Hope to help.
The next day Hope discovers Devon's apartment has been ransacked. Her laptop with the research on her mother's cold case is missing, and Devon is nowhere to be found. When her friend's body is later discovered in a car wreck, Hope is convinced it's no accident. Clearly, Devon was too close to the truth, and the cold-blooded killer is still at large in Jefferson. Now it's up to Hope to find the guilty party—before the food blogger herself becomes the next subject of another true-crime podcast . . .
Includes Recipes from Hope’s Kitchen!
Add to Goodreads
Amazon * B&N * Kensington 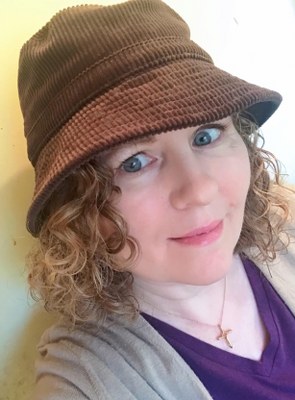 Debra Sennefelder, the author of the Food Blogger Mystery series and the Resale Boutique mystery series, is an avid reader who reads across a range of genres, but mystery fiction is her obsession. Her interest in people and relationships is channeled into her novels against a backdrop of crime and mystery. When she’s not reading, she enjoys cooking and baking and as a former food blogger, she is constantly taking photographs of her food. Yeah, she’s that person.
Born and raised in New York City, she now lives and writes in Connecticut with her family. She’s worked in pre-hospital care, retail and publishing. Her writing companion is her slightly spoiled Shih-Tzus, Connie.

Behind the scenes of writing.

I'm so thrilled to be here today to share my newest release, THE CORPSE WHO KNEW TOO MUCH. It's the fourth book in my Food Blogger Mystery series, and it was inspired by my interest in podcasts and cold cases. I knew I wanted to have an unsolved mystery in this book, and it seemed perfect to add in a podcast that focused on such cases. The more I thought about the story, I realized that the podcast's host would be the daughter of the missing woman.

One of the questions I get asked a lot is how long a book takes to write. Every author will have a different answer. For me, it usually takes a year from when I come up with the idea that generally is a few sentences to describe the story to when I turn the completed manuscript into my editor. I go through four drafts before I consider the manuscript completed. Then I received feedback from my editor, and then the manuscript goes through copyedits. Finally, we go into the final editing stage of proofing the manuscript before sending it to the printer.

My first draft is very messy, very sparse, and done very fast. It's usually completed in a month. Then it's set aside while I work on something else, like an outline for another book. When it's time to work on the second draft, I'm prepared to spend a longer time with the story. It's here I rework sentences, rearrange or add scenes if needed, cut what doesn't move the story forward. It's intense and can take a whole day for one scene, depending on how long the scene is. Once the second draft is done, the manuscript goes off to my freelance editor, and when it comes back, I implement her changes. Then its time to dive into the third draft, and that's when I utilize the narrator feature on my computer and have the manuscript read back to me. During this process, I catch mistakes, typos, and awkward sentences. When that's completed, I then print the manuscript, using a different font, and read it one last time.

Since I'm published by a traditional publisher, and they take care of all the editing, book covers, and handle of lot of the marketing for my books. Aside from writing the book, my most favorite part of the process is the cover design. I'm very fortunate that my publisher asks for my input. So far, I have not been disappointed by any of the covers. As I'm plotting the book, I begin thinking about the scenes that could be depicted on the cover. For THE CORPSE WHO KNEW TOO MUCH, I knew I wanted the Jefferson Library on the cover. I compiled inspiration photos, described in detail what the outside of the library looked like, and added in Bigelow, he's Hope's dog. He's on all of the covers. When I'm asked, I send this file to my editor, and the team at Kensington goes to work to create the cover. Receiving the "cover" email from my editor is one of my most favorite moments.

I hope you enjoyed this glimpse behind-the-scenes of how THE CORPSE WHO KNEW TOO MUCH was written.

Follow the tour HERE for special content and a giveaway!
$20 Gift card – winner's choice of Amazon or B&N
a Rafflecopter giveaway