This post is part of a virtual book tour organized by Goddess Fish Promotions. Branden LaNette will be awarding a $10 Amazon or B/N GC to a randomly drawn winner via rafflecopter during the tour. Click on the tour banner to see the other stops on the tour. 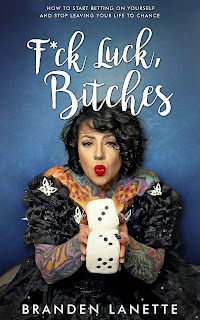 Is there such thing as luck?

Of course, there is. I for one want to get as lucky as I can.

I know what you’re thinking: Branden are you admitting your title is just a marketing device? Well, I am trying to sell books here people!

We all want to be lucky or get lucky. And if the hand of luck reaches down to help you climb the tree of success, take it. But if it doesn’t, f--- it. Climb the tree anyway.

Hope is not a strategy. Wishing is for singing crickets.

Most people think they need more luck. If this describes you, you’re got it backward: Luck needs you. Luck doesn’t show up—YOU show up

Luck is waiting for you to show the-f-up. Now let me show you how.

The Luck of Proximity

In an interview, Leonardo DiCaprio said he was lucky to have been born in Los Angeles, in the proximity of the film industry, within driving distance of Hollywood. “I probably wouldn't be doing this for a living if I lived in any other location.”

What do Marilyn Monroe, Bradley Cooper, Julia Roberts, Dustin Hoffman, Jill Clayburgh, Marlo Brando, Jane Fonda, and Al Pacino have in common? They all got their start at The Actor’s Studio in New York. You mean they didn’t just get lucky? No. They studied and learned and networked and auditioned—then they got lucky.

You want to become an actor, but you weren’t lucky enough to be born down the street from Leo? Call Two Men and a Truck. F--king move.

Get on a damn bus.

Want to get lucky and meet a movie producer? Get a job waiting tables at the Polo Lounge and the next time Martin Scorsese comes in, give him your script when you hand him his check.

Hang the f--k out in the right places. 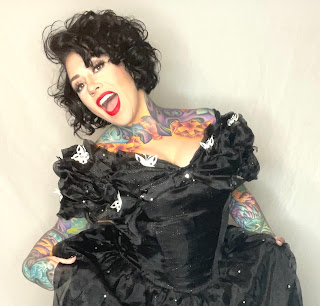 BRANDEN LANETTE doesn’t look like a typical author, but she has long ignored what she “should” do, say and look like. On her own at a very young age, Branden eventually found herself with the wrong guy, the wrong job, and a bleak future. The fairytale promised as a child never materialized.

Branden realized she wanted something different for her life and realized no one was going to do it for her. Prince charming wasn’t coming to save her—she’d have to save herself. Step by step, decision by decision, through major trials and tribulations, Branden learned how to turn heartbreak into happiness and self-judgment into inner joy.

In 2019, Branden had her first book published, “Once Upon a Time, Bitches” followed by two workbooks in 2020, “The Dream Big Bitches Vision Book” and “The Dream Big Bitches Weekly Goal Setting Journal.” In early 2021 she co-authored the book, “Smart Bitches Buy Bitcoin” and is now over the moon for this one, her fifth. Branden LaNette is an entrepreneur, motivational speaker, coach, wife, and stay-at-home Mom.