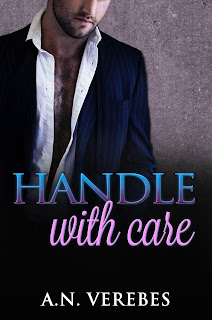 What would you do if you had twenty minutes alone with your idol?

Gemma Fox is a self-confessed unlucky-in-love geek treating herself to a weekend at a pop-culture convention on Australia’s sunny Gold Coast.

Drawn there by the temptation of seeing her celebrity crush, Everett Rhodes, the last thing she expects is to wind up trapped in an elevator with him. Parting ways, Gemma has no reason to suspect that their paths will cross again. After all, he’s a celebrity. She’s just a fan who lives on the other side of the planet.

Besides, her life is not a rom-com. (At least, that’s what she keeps telling herself.)

However, life has other plans. And Everett -stupidly charming, frustratingly handsome Everett- is hard to resist.

But when things get complicated, Gemma and Everett are both faced with the same dilemma:

How can they make things work when they live in completely separate worlds?

The silence stretched on as the floors seemed to inch down to the ground level. Then the lights flickered, and the lift made a strange grinding-clunking sound, stopping abruptly. The display on the screen said that they had reached the 7th floor, but the doors didn’t open.

“Pretty sure we’re stuck,” her companion remarked, frowning and pulling out his own phone. She assumed he had a travel sim installed or simply didn’t care about exorbitant roaming charges. “I don’t have any reception.”

“Neither do I.” She held up her phone to prove that, for all her joking about crazed fans, she wasn’t lying to him.

She hit the emergency call button in the lift.

Gemma blinked, incredulous. “You’ve got to be kidding me.” She hit the button a few more times with increasing frustration and just a hint of panic. She just about jumped out of her skin when a warm hand landed on her shoulder.

“Sorry,” Rhodes backed up again, holding his hands up in surrender. “Are you okay?”

Fighting down a hysterical laugh, she swallowed and shoved shaking hands into her pockets. “I’m not the best with confined spaces. For short periods of time, it’s fine, but…” she blew a breath out slowly. “Sorry. I promise I’m not actually a raving lunatic.”

Talking to him was distracting enough from the plight of being stuck in a small metal box suspended between hotel floors, though, so she kept going. “I don’t suppose you have bodyguards or assistants or handlers or something? You know, someone that knew you were getting into this lift and who will raise the alarm if you don’t wander out on the ground floor in the next couple of minutes?”

He laughed at that, and it surprised her that it was a self-deprecating sort of sound and it was accompanied by a shrug. “No. No, I’m not that famous. In fact, you’re the first person to recognise me.”

Objectively, if she hadn’t been such a huge fan (with a crush to boot) she mightn’t have recognised him at first glance, particularly with the shaggy haircut he was sporting and if he slid his sunglasses on. Additionally, his show had been off air for two years: if he were off being successful and relevant, he wouldn’t have been booked at a random pop culture convention in Australia, would he? But that thought seemed a little unkind, considering how much she –and thousands of other people–looked forward to these conventions.

“Oh.” Gemma shook her head, feeling a little traitorous for her musings. “I’m willing to bet the closer you get to the Convention Centre, the faster that will change. Whether that’s a good thing or not, well…” she trailed off and offered him another small smile. “We’re not all crazies, remember.”

“I thought that was my line,” the actor grinned, and she felt her heart do a little flip. Damn him and his aesthetic charm. He stuck out his hand, officially introducing himself, “Everett, or Rhett, if you’d prefer.” 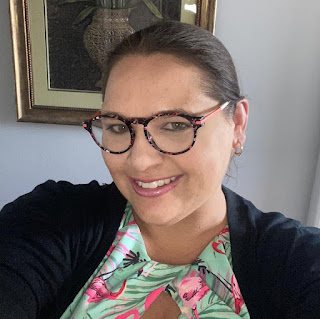 Anita (A.N.) Verebes is a daydreamer, writer, and author of the debut romance novel ‘Handle With Care’. As a professional civil marriage celebrant, Anita makes a living telling other people’s love stories and celebrating real romance!

Living directly between Queensland’s sunny Gold and Sunshine coasts, Anita spends her days exploring the Great South East with her husband and their two rambunctious sons. When at home, she’s also a slave to two cats and one very spoilt Great Dane X.